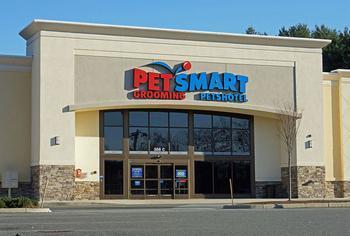 Consumer Affairs reports that PetSmart has teamed up with Universal Pictures in a new ad campaign focused around the humanization of pets and upcoming film The Secret Life of Pets.

The campaign, launched on June 13, will feature two television spots that explore what happens when pets get a chance to visit PetSmart without their humans in tow.

Our exclusive partnership with PetSmart is a critical component of our strategy to engage more directly with consumers whose pets are an enormous part of their families. We are excited to collaborate with PetSmart to expand our reach and bring The Secret Life of Pets to life.”

The television spots play on consumers’ increasing tendency and desire to view their pets as people. As reported by BlogPaws, this trend toward “humanization” of pets is expected to be a major influence on consumers’ purchasing decisions in the coming year.

The Secret Life of Pets hits theaters on July 8.

Source: PetSmart partners with ‘The Secret Life of Pets’ for new ad campaign

The Human Animal Bond Research Institute (HABRI) recently announced that it has awarded four new research grants intended to explore the effects of human-animal interaction on human health. Subjects of...

END_OF_DOCUMENT_TOKEN_TO_BE_REPLACED

Amigo and Ghost are two dogs from two very different backgrounds who wound up faced with very similar fates. Amigo, a retired military bomb detection dog, was trained to assist U.S. forces in the Middle...

END_OF_DOCUMENT_TOKEN_TO_BE_REPLACED

Aldi recently announced that it would be releasing an ice cream tailored specifically for dogs. The product, known as Heart to Tail Dog Ice Cream, is scheduled for limited release by the grocery chain...

END_OF_DOCUMENT_TOKEN_TO_BE_REPLACED

According to the American Kennel Club, the Labrador Retriever has earned the title of most popular dog breed for the 26th year in a row. Top Ten Most Popular Dogs in the United States (2016) Labrador...

END_OF_DOCUMENT_TOKEN_TO_BE_REPLACED

Your donations go directly toward supporting activities that promote responsible pet ownership and the creation of pet-friendly policies.

Donate
American Humane Association’s “Humane Conservation” Program... PIDA President Steve King Named PetBusiness’ 2016 Pet Industry Executive...
Scroll to top Do NOT follow this link or you will be banned from the site!